Amazon has launched another gaming service that is aimed at mobile users. Amazon already owns one of the successful live gameplay platforms Twitch. With the GameOn app for Android, users can record 30 seconds to five-minute clips in their favorite mobile games.

Over 1,000 games will be supported by GameOn at launch, including PUBG Mobile, Angry Birds 2, and Final Fantasy Brave Exvius. Clips are stored on a user’s device and can be edited within the app and then shared to a user’s GameOn profile page. Users can also personalize videos with selfie commentary and on-screen captions.

What Is Amazon GameOn?

If you are a mobile gamer, you could be forgiven for feeling a bit left out when it comes to broadcasting your gameplay.

Up to now, the only real options available were screen recorder apps. These aren’t the best for mobile gaming as they often place controls onto the screen they are recording, which also then form part of the recording.

How Does Amazon GameOn Work?

There are several ways you can record in-game footage using Amazon GameOn. They both achieve the same end result, but the methods of implementing them are different.

Firstly, you can record clips manually, as they happen. If you see that you are about to perform an action that is well worth recording, then you just tap record, and off you go.

This probably isn’t the best method if you are playing fast-paced games where the action can change at any moment, such as PUBG for example (which Amazon GameOn supports).

In this case, the app has a cool feature called Recall. With Recall, you can ask the app to save footage after an event has taken place.

So, say you just pulled off an epic headshot in PUBG. You want to keep that for posterity, so you hit the Recall button and the app will save the video. You can select recording lengths between five and 30 minutes.

Get Sharing With GameOn

Amazon’s GameOn sounds like an excellent service if you are a hardcore mobile gamer. This platform is designed just for you, so everyone in the community is going to be someone who plays games on their phone or tablet.

It remains to be seen exactly how popular GameOn actually is. Especially with the combination of Microsoft’s GamePass and xCloud on mobile devices. However, if you want to record mobile gaming videos, then GameOn is a great option right now. 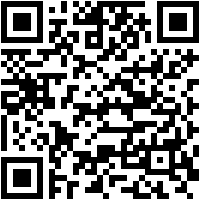