How to Create QR code from URL in Google Chrome

QR codes are being used widely all over the world both online & offline. They’re everywhere, from websites to advertisements. They look a bit like barcodes but, instead of vertical stripes, they are made up of square–shaped patterns. If you roam in a local market also you can see QR code everywhere. Almost all local shops & malls are accepting UPI QR-based payment. So QR code has become a part of life now. This is in another sense a way to communicate the digital world to the physical world.

What is QR Code?

QR code basically means “quick response” which finds its origin in Japan and later it came to the rest of the world. They are used to take a piece of information from a transitory media and put it into your cell phone. While it looks simple but this is capable of storing large information and revealing instantly with just a cellphone.

The reason why they are more useful than a standard barcode is that they can store (and digitally present) much more data, including URL links, geo coordinates, and text. Another major reason for the world to adopt this over barcode is that it doesn’t require any bulky device instead it can be scanned by any smartphone instantly.

How Much Data Can a QR Code Carry?

A standard version can contain 3 KB of data. A QR code is composed of several rows and columns, the combination of which forms a grid of squares. The max number of columns and rows is 177, which means the maximum number of squares can be 31,329 encoding 3 KB data.

Google Chrome always keeps coming on some experimental features. Some of these features make their way to the update and some don’t. But irrespective of this you can actually use these experimental features through the flags section. You can enable QR code using flags both on mobile & desktop browsers. The process is a little bit different for mobile & desktop. So we have covered both processes step-wise in the below article.

Step 1: To enable it, Open Google Chrome and go to chrome://flags search for ‘Enable sharing page via QR Code’. Choose the enabled from the dropdown menu and restart the browser. You can alternatively paste the following URL in the address bar to locate the flag: 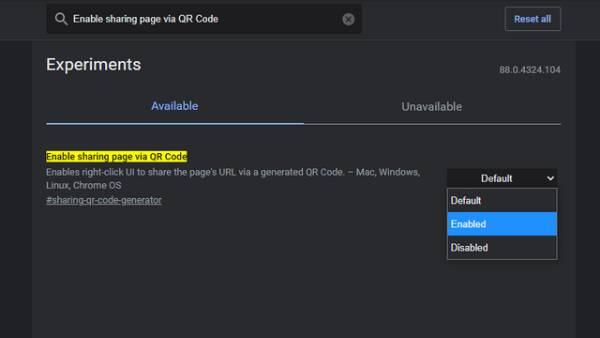 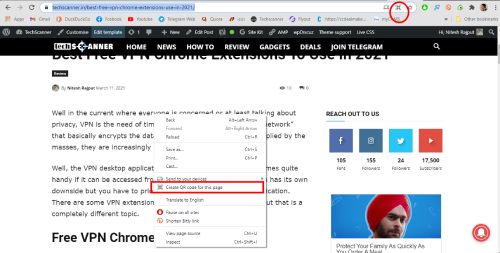 Step 3: As soon as you click on that a QR code will be generated which will be specific to that URL. In fact, you get a box where you can actually edit the URL to create a new QR code. Once you are done you can download the QR code and share it anywhere.

Step 1: Unlike a desktop in the mobile device you don’t have to enable it from chrome flags. It is by default enabled and you can access this on the share page. All you have to do is open any webpage and click share. At the bottom of the share page, you can find the QR code button. 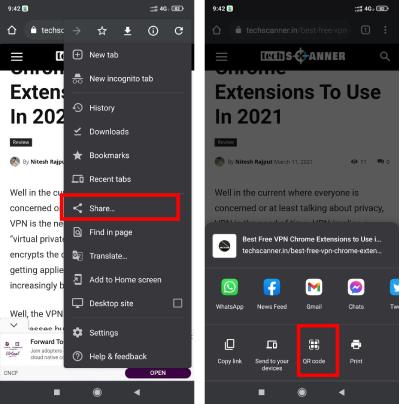 Step 2: Since this feature is fully integrated into the mobile chrome browser so you can create a QR code for any link. Jump over to any link on the page and then press & hold to bring options. Tap on the share link to head over to the share page. Where you can find the QR code button at the bottom.

Also read: Google Chrome Tricks & Tweaks For Android Which You Should Know In 2020 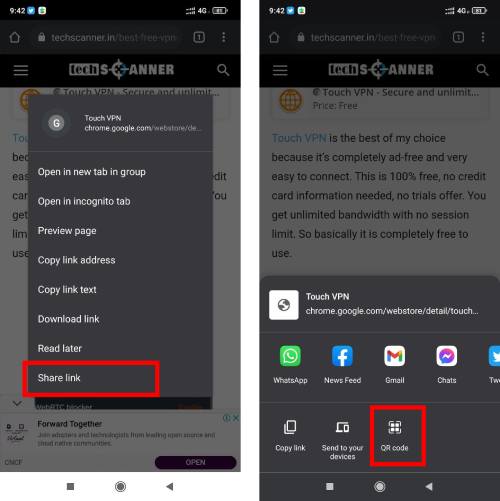 This is the most easiest way to create a QR code from a URL. The QR code is a revolutionary technology and this becomes even more powerful when it’s handy. This feature is going to be even more simplified in the future. If you like this article please do check out Google Chrome Tricks & Tweaks For Android Which You Should Know In 2020 also.