We all are aware that PUBg mobile is banned in India now. It has been completely removed from the play store and the server is blocked as well. But still, you can see the many popular streamers are still playing this game. You might have also thought of playing the game after the PUBG ban. But the server ban has put restrictions on all PUBG mobile lovers.

We all know that there is a way through VPN but then you will get the low ping and that is a very big issue. Well in this article you will understand how to download, install, and play PUBG mobile like it was before banning in India.

Play PUBG in India After Ban

First of all, those who claim that you can play PUBG mobile without VPN are all fake, so don’t fall for it. You certainly have to use a VPN but which VPN & settings would be the best to get the lowest ping possible is discussed below.

Firstly download & install the PUBG mobile APK from the below download link. The file size would be around 900MB; install the apk file and let it download all updates and resources which is essential to run the game.

Now login from your account and try to run the game. You will certainly get the “Server Error” message which is why you need to install a VPN.


We have tried several free VPN but none of them gave us good ping except this on 1.1.1.1. 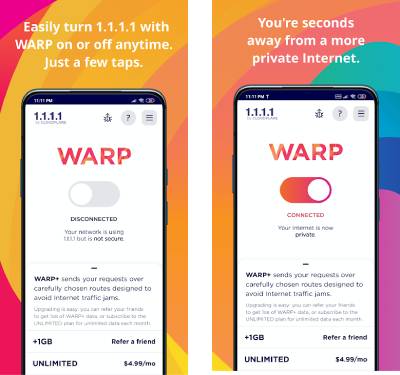 Install this VPN and don’t just tap to connect and you are good to go. There is no other complex setting and no time limit for free users. You are also not shown any annoying ads and switching off this VPN is very easy from the notification panel.

After a successful connection, you can see the VPN logo beside the mobile tower icon on the top bar. That means your connection is secured by a private VPN and you can now run PUBG mobile.

Now again open the PUBG mobile game and try to log in and this time you won’t regret it. You will get the same ping as it was used to be before. This is all possible because the Asia server is still running and we are accessing the Asia server through a private network.