PUBG New State is launched and the trailer giving us goosebumps already. To the PUBG mobile lovers in India, this can be a great smile on lakhs of faces. The game is called PUBG: New State. Pre-registrations for the new battle royale game have also been opened for the users of Android.

The game developer Krafton has said that it is going to launch a new game that will carry forward the PUBG legacy into a different, more futuristic setting. The trailer has also given us a glimpse of the gameplay and the pre-registration link is also open. As far as the reports say this new game will be live by end of this year but there is no clarity.

What is New in PUBG new state?

If we consider PUBG’s new state with PUBG mobile then this is a completely new game. There is no direct connection between these games. PUBG’s new state is constructed in the era of 2051 which was not the case with PUBG mobile. PIUBG mobile was developed around the past so there were old houses with broken walls and more greenery. while in the new game you will see newly developed and rather more advanced societies with less greenery. 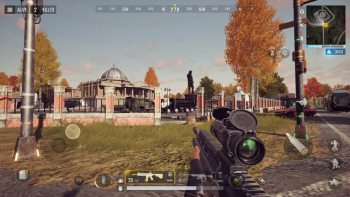 There have been major changes in gameplay with improved graphics. The game will come with super ultra graphics which can run on any device above Android 6. Here in this new game also you can experience Battle royal gameplay.

PUBG New State will feature an entirely new map called Troi. Unlike Erangel, Sanhok, Miramar, Vikendi, or Livik, Troi will be based in a dystopian urban settlement, similar to maps in the Call of Duty Modern Warfare series, or Crysis 3.

Also read: What is Ping on the internet?

You can pre-register for this game by jumping onto their website. The company has mentioned that the user who registers successfully will get special perks. As of now, there no clear confirmation about the benefits early birds will receive.  Reports say that such users will be provided with a Limited Vehicle Skin (Permanent) which will come to their aid during the action of the game.

Pre-register on Google Play today to get the latest on PUBG: NEW STATE and be among the first to know about our future plans.

Don’t worry iOS users, we see you 👀, pre-registration is coming at a later date!

Pre-registration is currently live and as per the company, they are willing to take as many users as possible before the actual release of the game.

When PUBG New State will be available in India?

We don’t know yet if PUBG will be available in India or not. But according to the PUBG team, the India launch is their priority. Also if we consider the government side the PUBG new state has no connection with Tencent (Chinese). This game is completely developed by the South Korean company Krafton ltd. So there is a high chance that the Indian Government will pass this game for India’s launch.