How to Take a Scrolling Screenshot in Chrome, Firefox & Edge

Scrolling screenshot: We literally capture an unlimited number of screenshots on a daily basis whether it is a PC or mobile device. There can be several methods to capture a screenshot and save it. And Windows has already built-in support for screenshots with varying capabilities. The screenshots which we have been taking till now were the visible screen area. But if you want to take a screenshot of the full webpage, then there is no way you can do that.

There are many instances where you need to take the full webpage screenshots. At least till now, there is no built-in support for scrolling screenshots in windows but don’t worry there is a great way which we are going to discuss in the below article.

There is no doubt that Microsoft Edge has grown to be one of the most preferred browsers even beating Chrome dominance. Continuing this feat of adding new features every day Edge has already added a Web capture feature.

Edge web capture feature is none other than the scrolling screenshot which is a built-in feature.

4. You can even draw or mark something before saving it to your device

Also read: Best Free VPN Chrome Extensions To Use In 2022

Google Chrome has developed an excellent collection of extension that adds functionality that is negatively not available in the browser. So here is another extension that can take a scrolling screenshot just like the original. 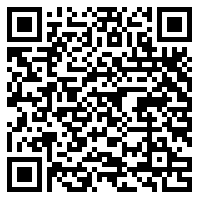 This extension actually takes multiple screenshots and combined them to make a full-page screenshot. So this extension is not completely perfect it can give you and biggest result in some cases but most of the cases will get a result where it is almost impossible to identify the defect.

Chrome usually has a lot of hidden features in its developer options but very few people actually know how to use it. The developer option doesn’t mean that you have to be a software programmer or developer to use it to your benefit. Even a layman like me can use it so why can’t you. And the best part is you don’t have to add anything from an external source.

3. Then again click on the 3 dots in “Developer tools” and tap on “Run Command”

4. Here search the Tom “screenshot” and then go to “Capture full-size screenshot”

5. In the next step your full-size image will be ready in the .png format

I believe that this is one of the easiest methods without installing anything from an external source but what lacks here is the ability to edit images which obviously you can do it another photo editing software.

Mozilla Firefox has always been a featured reach Browser. In recent times its popularity has gone down but still kya they are made features added regularly. Show Mozilla Firefox also comes set built-in support for a screenshot. But it is hidden somewhere in the setting menu which you have to search and then get the best use out of it.

4. As soon as you click on the screenshot icon you’ll get two options. Tap on save full page two to capture the entire page image.

5.  After a few seconds, you’ll see a preview of the screenshot. You can either decide to dismiss it or download it.

This is how almost all popular browsers provide you the ability to take scrolling screenshots. We have tried to mention the best and the easiest method to do this but the world is evolving so do the Technologies. So decided likely that in the future you will get better options. And if you have any better way to take a scrolling screenshot then please let us know in the comment section.

Previous article
Telegram advertising- How to Advertise on Telegram [Telega.io]
Next article
How to Get Android notification in windows 10/11 [Working trick]