Telegram The instant messaging application has announced its 12th update before New Year 2022. This includes post reactions, auto-translate coma personal QR code, And the most unique feature spoilers. Telegram which is a competitor of WhatsApp and signals with a user base of more than five hundred million constantly works on bringing new and unique features before anyone could think of it.

Telegram already has animated emojis which was the first messenger to bring this kind of emojis. As stated by telegram these animated emojis can easily Express emotions rather than writing text. Telegram also brags to be one of the fastest and most secure applications with tons of features which makes it unique.

Also read: Top 20 Telegram Tricks You Should Know in 2022

Here is a look at the new features but before this, you must update the Telegram.

Telegram users can react to messages in one-to-one chat and post on channels & groups. This same feature is already available in Facebook messenger, Instagram & iMessage. With this feature, you can tap on any post for a chat to find animated emojis to react. The feature is available by default for one-to-one chat but for groups and channels, this feature can be enabled by admin. 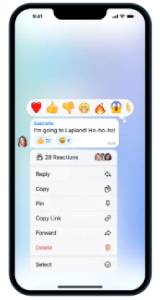 To enable this feature in a channel or group just tap on the channel banner > go to edit and then tap on reactions > enable reactions. There you can select from the list of the reactions and choose to disable them if you want.

Also, this update supports quick emojis which are by default enabled. Just double-tap on the post or chat and you can see the like(👍) emoji. What if you want other emojis in quick emojis, well you can change according to your like. Go to Telegram setting > chat setting(scroll down) > quick reaction and select the emojis from the given lists.

Now users can translate text right inside the telegram application after this update. This translation feature is available for all Android versions but to iOS, it requires iOS 15 and above. Language translation depends on the language supported by the operating system. So it can translate languages that are present in your current device. 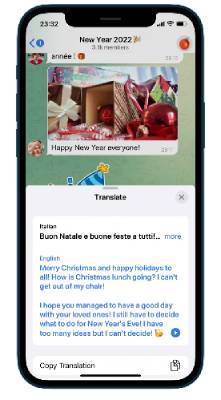 This position is not available by default, to enable this goto Settings> Language and there is a new dedicated Show Translate button that you can toggle on. If you are proficient with some language then you can also choose to hide the translate button for messages in that particular language.

Spoiler is a new feature that has been added as formatting text. Using this feature you can actually hide texts. And that text will only be visible only when the user taps on that. All you have to do is to select text and tap on the 3 dot menu followed by tapping on spoilers.

Telegram you can now generate QR goods for their public usernames. And this feature also works for Public channels, Bots, and Groups. So in a way that you can generate QR code for or any username in telegram space. Makes it very convenient to showcase your username anywhere. 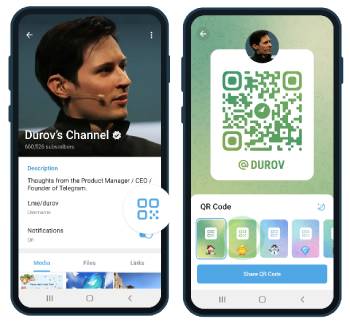 To enable this in telegram just go to your setting and tap on the QR code icon at the top. Similarly, you can go to a channel app on the channel banner, and right side of the username you can find the QR code icon.

Interested emojis is another new type of emojis that has been used by telegrams to express something. This update has brought new interactive versions of some emojis to the app. Emojis that are supported with the new animations are: 🔥 😁 🤩 😢 😭 😱 ❄️. Users can send any of them in personal chats, and then they need to tap to unleash a full-screen effect of the same.