Why Paypal India is Shutting down in India: Issues Explained

The decision to shut down Paypal India’s domestic operations amid digital transactions are hitting new records every month may come as a surprise. Although Paypal has not disclosed any solid reason for exiting the Indian domestic market but many theories are going around.

Indian users who happen to transact only within India are very least concerned about this news because of the very limited spread of Paypal in the domestic market. However, if you are doing any kind of international transaction, you have probably seen that almost every merchant around the world uses PayPal as their payment gateway. Almost 98% of business who allows overseas transaction uses PayPal. Being free of cost is the major advantage associated with PayPal. `

The could be two reasons for PayPal to exit the Indian domestic market. The first reason might be the RBI guidelines which PayPal unable to cope up with. Secondly the emergence of one of the most successful payment gateway UPI. 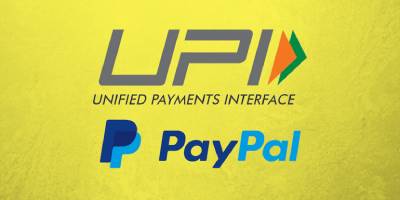 Unified Payment Interface(UPI) is the payment system developed by NPCI and practically at the same time when Paypal was entering the Indian market. transaction through UPI went like a rocket because of its user-friendly transaction. Even laymen can use UPI which required the only bank linked mobile number for the transaction.

The conflict of PayPal started even before it planned to come to India. Back in 2011 RBI banned all kinds of transactions through PayPal in lieu of violating the Foreign Transaction Act 1999. Later this issue was sorted out through mutual decision. In 2016 when the Indian digital market was booming PayPal planned to start their domestic business in India.

When PayPal actually come to Indian they faced many banking-related issues. As per RBI PayPal was not eligible to do business in India as per the term they do business internationally. RBI has rejected PayPal’s business approval by showing that PayPal does not hold a banking license. After long term discussion and hassles both RBI & PayPal settle on terms that enabled PayPal to run their operations in India.

Due to these RBI terms and stiff competition from UPI PayPal India decided to shut down its domestic services. Although they will be offering and strengthening the international service to Indian users. As a normal user, it doesn’t affect much as the domestic transaction was barely done by PayPal. But the International transaction is no doubt dominated by PayPal and it will be in the future also.